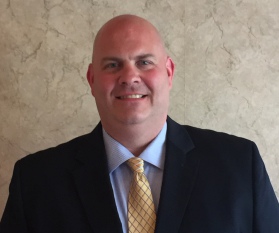 Welcome to the Website of the Committee to Elect David F Isakson for Hampshire County Sheriff.

David F Isakson has announced his formal candidacy for the office of Sheriff for Hampshire County.  David has been a long time Police Officer, Public Safety Activist and small business owner in Hampshire County.

David is seeking the office of Hampshire County Sheriff based on his qualifications, public safety experience and the belief that the next Sheriff of Hampshire County should  be more involved with the community and not just inside the walls of the jail.

David is the candidate that will bring an outside perspective, policy reform and fiscal responsibility to the Hampshire County Sheriff's Office.

"The Sheriff's office can and should be more than just a jail. It should be a modern, pro-active and community involved facility committed to reducing crime, reducing recidivism and saving the taxpayers money" said David Isakson

David is a strong believer in expanding the community service program that helps (non violent - minimum security) inmates rehabilitate themselves and at the same time saves municipalities and non-profits significant money. In addition, part of his transition team would institute a top to bottom financial audit of the institution; reduce over spending while focusing on Officer safety and inmate rehabilitation.

David F Isakson is committed to making Hampshire County a safer and better place to live.